The Girl with the Golden Hair: The Olive Thomas Seances from FATE Magazine, 1972/1973 -- Introduction by Filmmaker Allison Anders

When this 2-part story in Fate Magazine (1969/70) about seances conducted in the 1930s with Olive herself came to my attention on Ebay, how could I resist?   Written by a well known medium, the piece is riveting and beautiful with details few knew or have forgotten over the years.  What's been so upsetting to many of us very familiar with Olive's death are the rumors and lies surrounding Olive, her death, and her husband Jack, which are repeated and reprinted as truth.  What's especially enlightening are the writer's conversations and visits with Olive's mother who was in possession of Olive's trunk, still fully packed, from Paris where she died.  I realized that in that trunk were all the incredible clothes she had made especially for her on that trip by all the top Paris designers and that her young widower Jack, so despondent after her ghastly death,  just left everything as it was and had it delivered to her mother.  It moved me so deeply to think of that.

And some details included herein, and lost over the years, describe how Olive's first husband, Bernard Krug Thomas, was such a monster, and crushed her wrists,  a fact few people remember now in talking about her.  This is why she divorced him - domestic violence!  (Not boredom with her life in an industrial town & blind ambition for the Big City lights of NYC, which is how some people flippantly describe her motives for divorce).

This is such a classy piece too. It really makes you ache for days of mysterious and committed mediums, before reality show ghosthunters with night-vision photography.

Such an honor to be here in Decaying Hollywood Mansions!  Thank you Charles my friend! 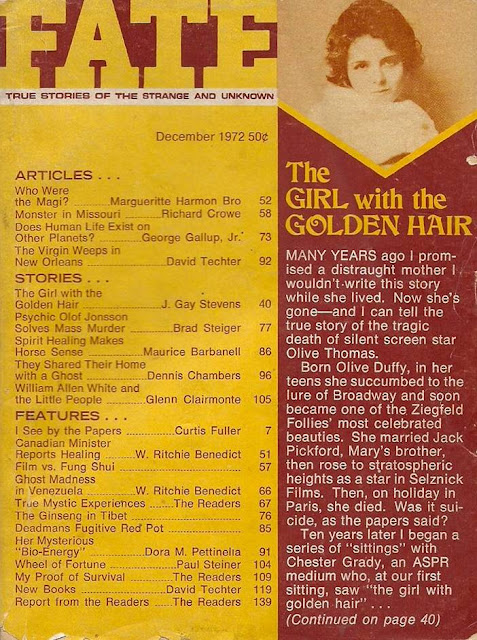 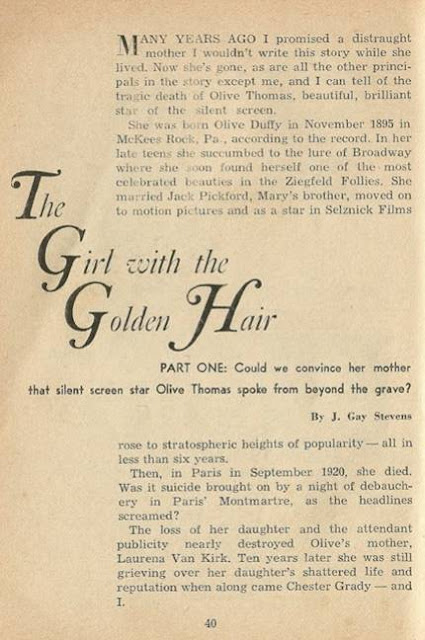 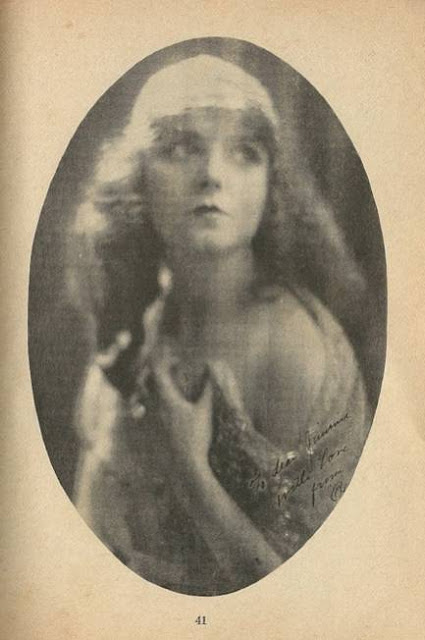 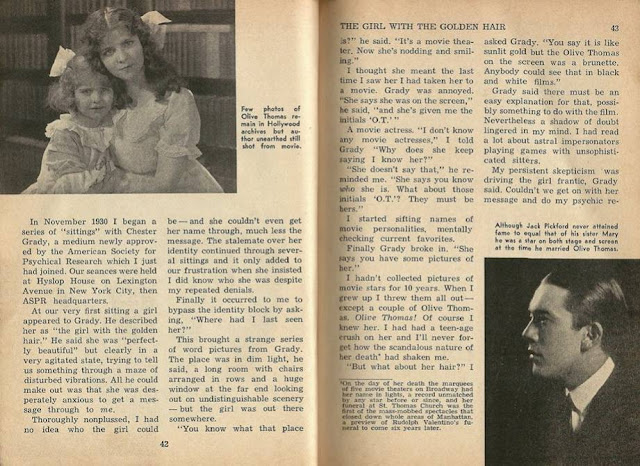 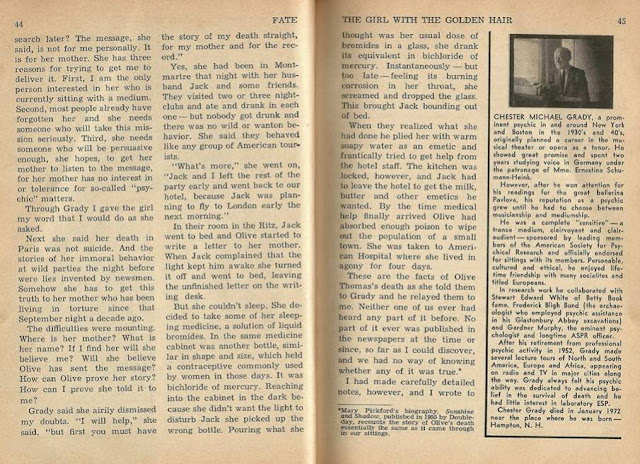 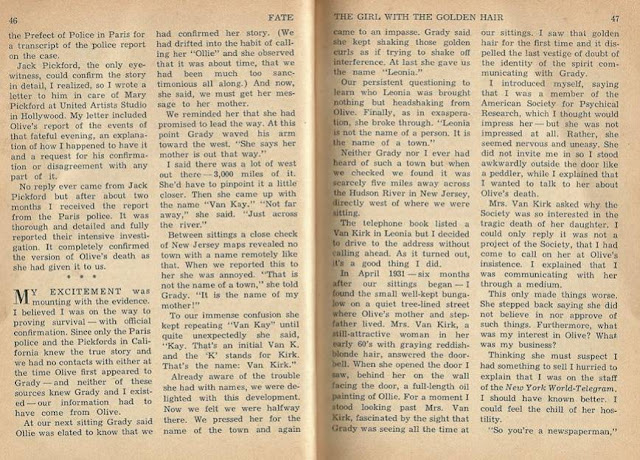 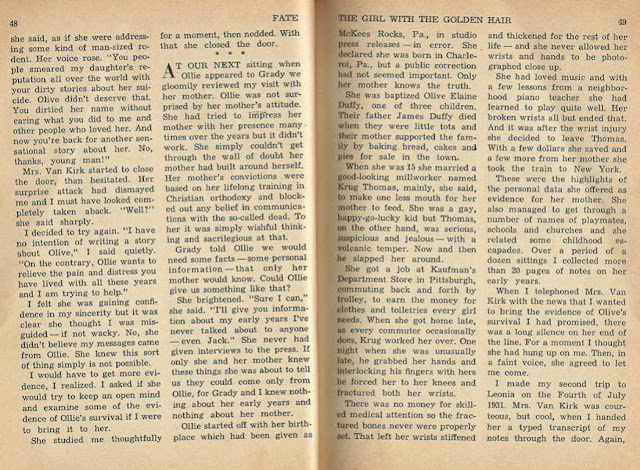 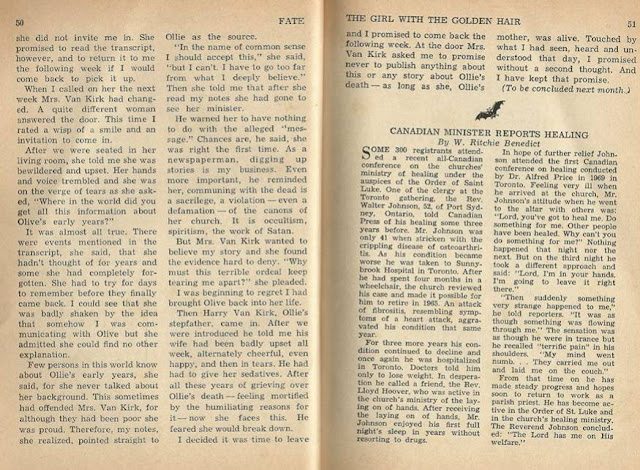 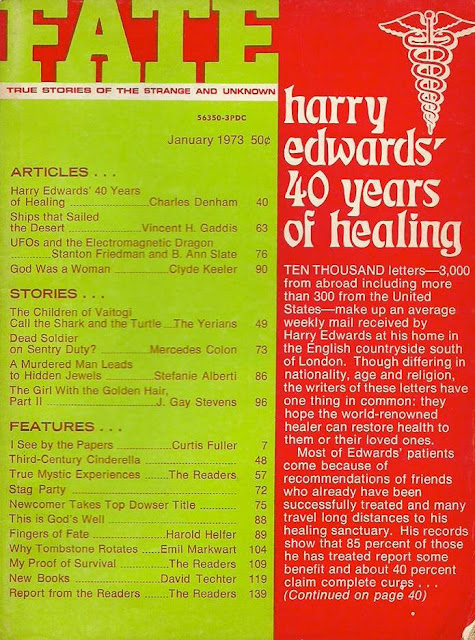 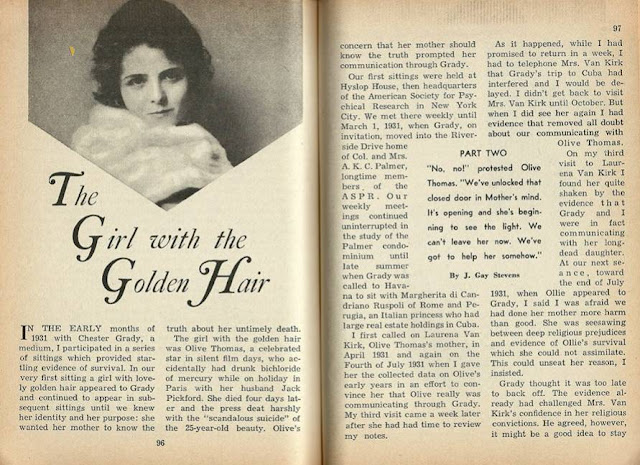 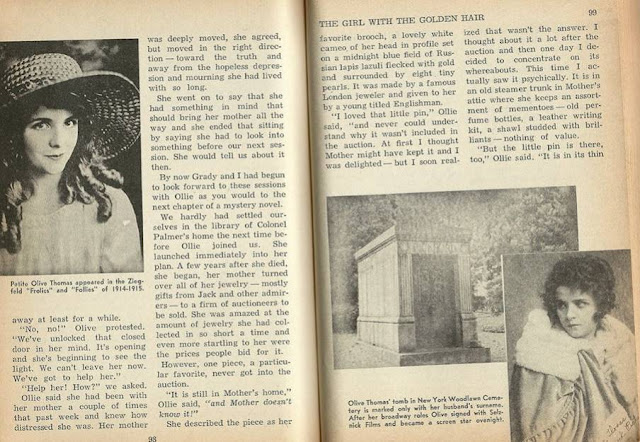 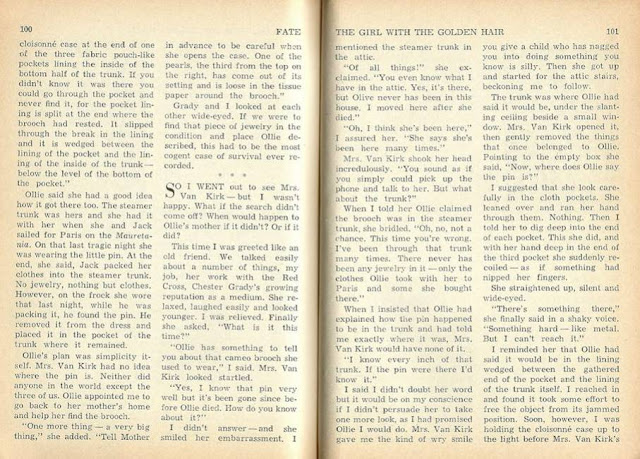 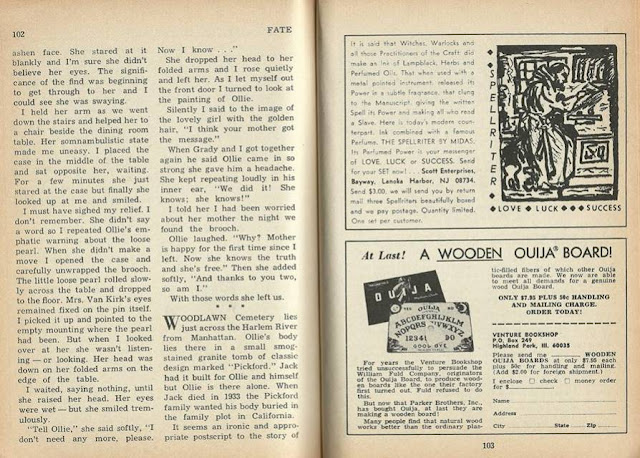 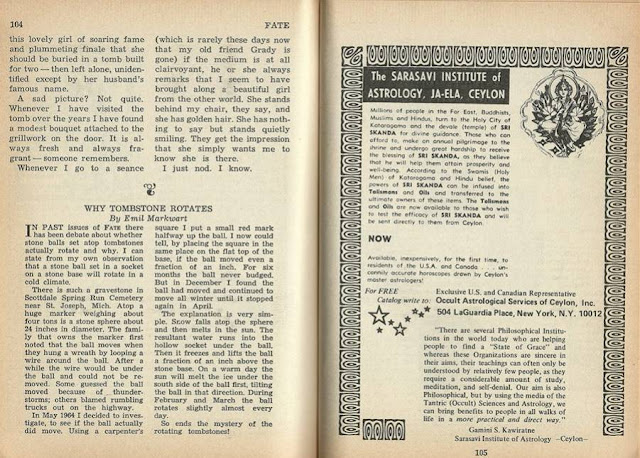 A huge thank you to Allison for sharing the story & these great page scans with us!
Posted by charles lieurance at 7:36 PM