During the next few months I'll be posting 100 films that illustrate the Decaying Hollywood Mansions aesthetic. In hopes of making this feature a little more interesting than your average Top 100 Films list, I've imposed some criteria, some threads that run through them all to make them deserving of the DHM imprimatur. While the criteria are really nothing more than themes & styles I began to notice long after I fell in love with the films, it was my realization of these viewing trends that led me to start DHM in the first place. While very few of the movies contain all the directorial tics, wild moodswings, operatic flourishes & Gothic appurtenances which set DHM films apart from standard-issue list-fodder like Citizen Kane & Vertigo, each one will contain enough of these elements that, while you you may quibble with the value of the films themselves, I don't think you'll quibble with the manner in which they've been chosen. 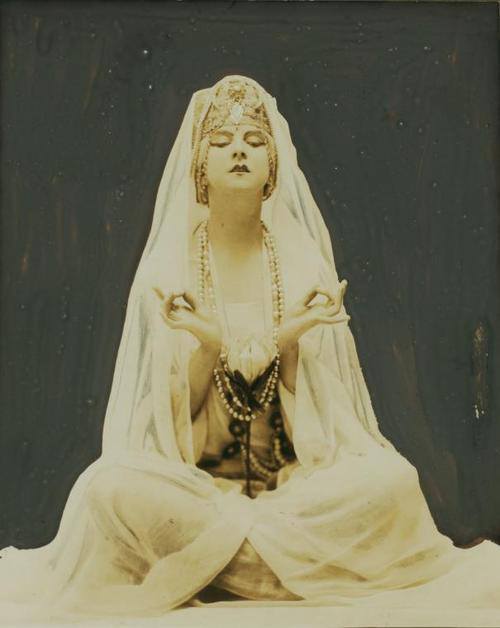 Whiplash Moodswings -- Silent films had become expert at establishing cohesive tones that fixed films in time, space & mood. This is not to say that there aren't erratic silent movies, but the great filmmakers of the silent era (D. W. Griffith, Ewald Dupont, Frank Borzage, Marcel L'Herbier, etc.) maintained steady, though supple, tones. Like great novelists, they could brilliantly move from action to comedy to pathos without brashly coloring outside the lines. Once sound entered in to the equation, directors seemed to, well, flip out. During the 1930s, absolutely phenomenal directors (Borzage included here), began to make films that could go from war-ravaged tragedy to urban crime film to tropical island romance to rampaging gorilla movie, without so much as a helpful "Meanwhile..." And, of course, these films would veer violently off the path for scenes of depravity -- for a Chinese opium den, a thinly-disguised brothel, a tavern full of cross-dressers, or a generously-implied rape. These wild, neck-wrenching divorces from the original tone or intent make many films from the 1930s far trippier than any "Head Movie" from the late-60s.

Florid Dialogue -- This is really just a sidebar to the paragraph on artifice, but it does deserve separate mention. While florid dialogue isn't much fun in contemporary films, when dizzyingly verbose & colorful scribes like Clifford Odets, Virginia Van Upp, Richard Landau, Tennessee Williams, Sam Fuller, Noel Coward, William Peter Blatty & Paddy Chayefsky were allowed to stilt a screenplay, the results often teetered thrillingly between evangelical wind-baggery & verbal flotillas of Joycean grandeur. This combination of the brilliant & the besotted doesn't fly with most tight-ass cinephiles, but it makes us hold our breaths like we're just about to plummet down the last half-mile of the Son of Beast hypercoaster at Kings Island.

The Operatic Reaction (To Everything) -- Let's face it, when your crazy genius lover/conniving vixen wife tells you it's over, you can either fling yourself against the stone wall of your catacomb, dig your fingernails into the grit, shake your fists at heaven, roll your eyes back so only the whites show & stretch your mouth into some impossible melting void, or you can spend five minutes of the audience's time violently stuffing a duffel bag with clothes & method-fume like a spoiled child. While this is often confused with "camp", there are performances where more is definitely more. Not every actor can eat the brocade with style & make it a part of the film's overall visual scheme, but when a facial expression obviously echoes a room's cascading velvet drapes, or is twisted to abstraction by rain, leaded glass & diffuse grey light through a clerestory window, it becomes part of the production design. This is, perhaps, another way of saying, "We had faces then..." Our favorite examples of this come from silent Italian & Russian cinema, the gasping faces & hollow-socketed eyes of women in the films of Giovanni Pastrone, the slowly wilting forms of Yevgeni Bauer...but there are fine examples in Modernist American film as well & unfortunately it's written-off as some of kind of directorial malfeasance or the hubris of some actor whose star is rising (see Joan Crawford & Bette Davis...).

Freaks/The Grotesque -- The Edwardian Dime Museum & the history of film are deeply interconnected blah-blah-blah. What matters is how these grotesque elements echo from 1910 to 19-now. The Dime Museum has always been an inkwell for screenwriters & directors, used with varying degrees of aplomb. While Tod Browning & Lon Chaney perfected it, Frank Capra copped it for Miracle Woman & it bounced on & on through film history until, if there wasn't a dwarf sitting on a Hollywood residential hotel desk drinking from a pint of JTS Brown in a 70s crime film, you felt cheated. And while it's not exactly according to Hoyle, we combine the two. The best DHM films connect the tragic, terrifying clowns of Laugh, Clown, Laugh (1928) & He Who Gets Slapped (1924), with the Kabuki make-up of Bette Davis in the 1960s, the nebulous maw of Joan Crawford in so many overripe melodramas & the oddball assortment of hotel desk-sitting midgets from Madigan (1968) to Curtis Harrington's The Cat Creature (1973). Film has never been a particularly healthy Petri dish & we revel in the ick of it all.

The Hollywood Gothic -- As you can probably detect by now, the lines between these elements aren't particularly distinct. What DHM has always been about -- though we've digressed like children snuffling along a floor littered with candy & Christmas ornaments -- are those connections between fin-de-siecle exoticism, decadence & cinema. Monkey funerals, dolls of faded movie stars, the sick light in mansions gorged with orientalist geegaws, Pre-Raphaelite tableaux gone-to-seed, censers spewing lithe cords of incense through rooms sultry with death -- we are covened to these extravagant excesses of Hollywood life. Though many Hollywood film stars wound up living in large, but unassuming, farmhouses, ranch-houses & quaint antebellum facades in Beverly Hills & the hills beyond, DHM is more interested in the early days, when every film star was a fledgling Des Esseintes, Livia Serpeiri, or Giorgio Aurispa. By being photographed with leopards, tigers, lions, snakes & elephants, these stars became magical, saintly even. Starlets were filmed with bluebirds on their fingers, parrots on their shoulders, curled as if sexually-spent around tigers & bears. While this image of the Hollywood star made its greatest impact with Billy Wilder's Sunset Boulevard, it had been a staple in forgotten films from the 20s & 30s. We are at the service of those films.

Orientalism/Exotica -- The fake Moroccos, Shanghais, Chinatowns & Bagdads of cinema are our favorite locations & the filigree & opium miasma that drift through so many films of the 20s & 30s grip us. We sweat it out in bamboo huts, we fall in love with the women who press the wet washrag to our foreheads, we side with cannibals to fend off inscrutable masterminds, we perspire & clench our teeth in Deco Ming Dynasty torture mechanisms while being sized-up by slant-eyed Myrna Loys, we jazz to Limehouse Nights, swoon to lotus flowers, sag against the ornamental trellieses which divide the first-class cars of the Shanghai Express from the oppressed & doomed masses. Chinese filigree & Bombay curlicues infest our favorite films, leave us daft with the mysteries of the faux-orient. Often even the complexities in the fabric of orientalist set design make plots seem more labyrinthine than they really are, elegantly covering for the ludicrous turnabouts in a script, shoring-up the welter-weight Rudyard Kipling who evokes Queen & Country while being strangled by some pagan Thugee, giving blurry Gamelan punctuation to otherwise doltish Colonialist bullshit. Add to this exotica any of the preceding elements & well, you've arrived at a kind of DHM paradise...

We begin the DHM 100 tomorrow, with Corridor of Mirrors (Terence Young, 1948)

Posted by charles lieurance at 6:03 PM