"Wanna Buy A Duck?" - The Unlikely Career of Joe Penner 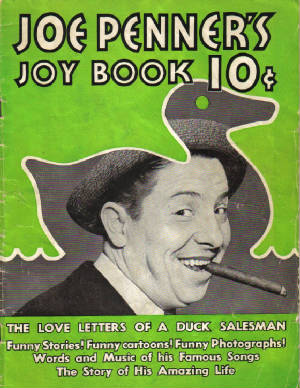 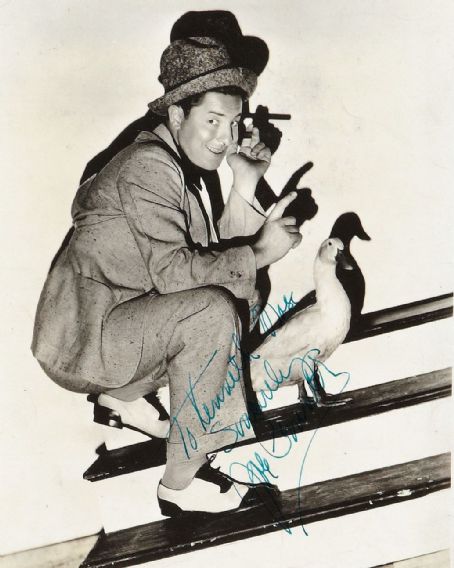 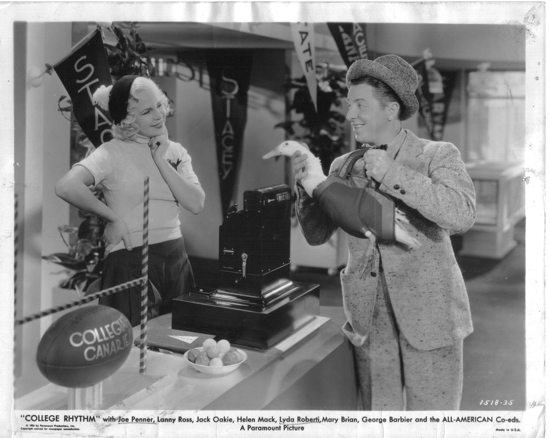 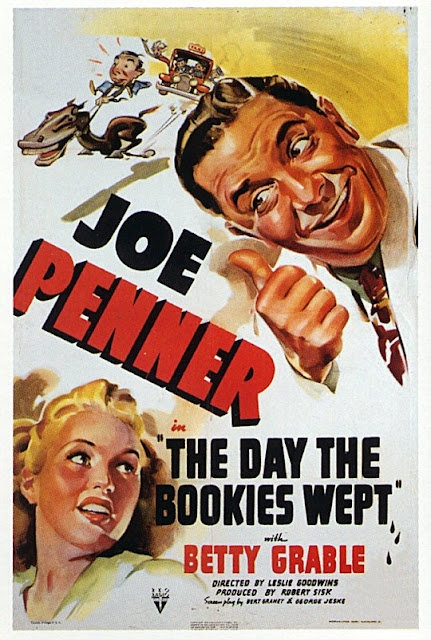 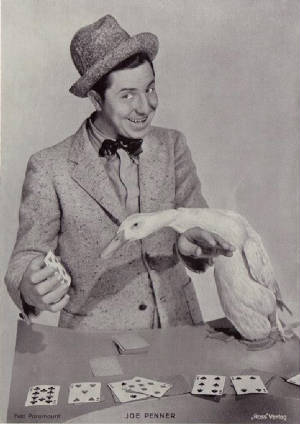 Hungarian Jozsef Pinter made a helluva career for himself in vaudeville, radio & film by playing stooge to a waterfowl. His catchphrase, "Wanna buy a duck?" very nearly made it into the 21st Century & was all the rage in the  mid-1930s. He made appearances in over sixteen films, including College Rhythm, Collegiate, Go Chase Yourself, The Day the Bookies Wept & Mr. Doodle Kicks Off & was paid the ultimate compliment of being caricatured in Disney's Mother Goose Goes to Hollywood, Avery & Freleng's My Green Fedora & a Fleischer Popeye cartoon.
Posted by charles lieurance at 4:37 PM