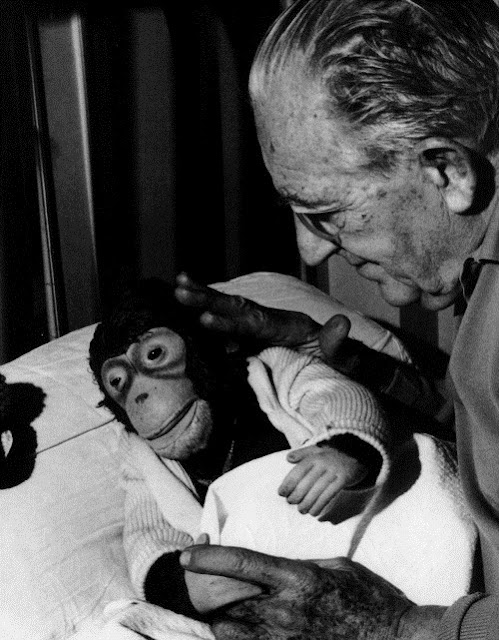 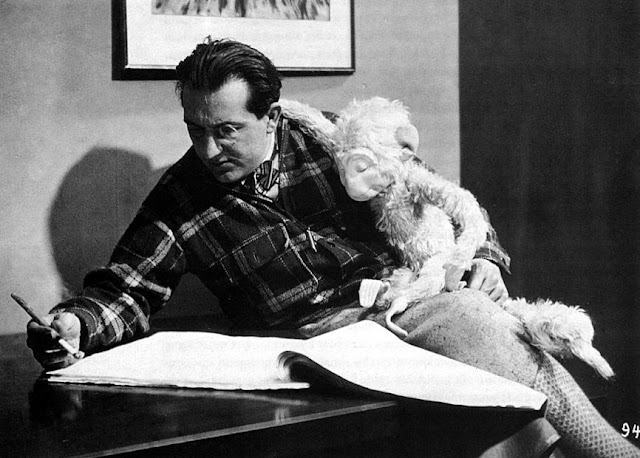 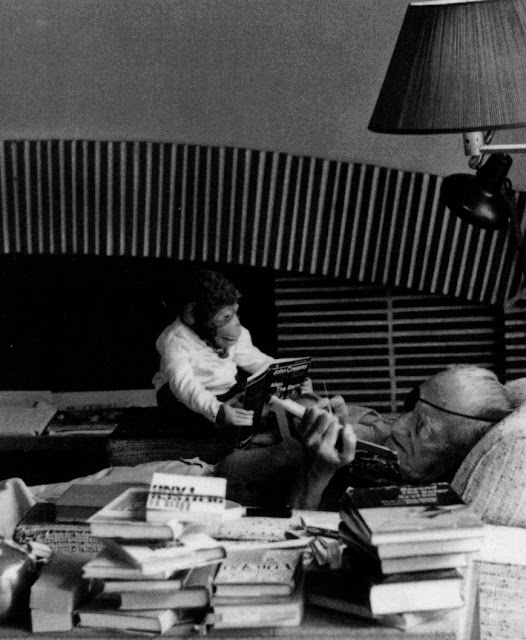 From an interview with Lang conducted by Gerard Langlois, 1969

“Lang had a weakness for stuffed monkeys. His first one was probably a present from Gerda Maurus in Berlin. Even in production stills, a monkey can often be seen perched on a camera . [Film critic] Lotte Eisner once found herself in the awkward position of having to explain to Kurt Pinthus who Peter was: ‘It is, however, very difficult to convey Peter’s value to a serious scientist. So I alluded to the romantic element, that he had been given to you by a beautiful woman. Which he understood better.’" - From Fritz Lang: His Life & Work, Photographs & Documents, Edited by Rolf Aurich, Wolfgang Jacobsen & Cornelius Schnauber
Posted by charles lieurance at 1:36 PM